Discover how your LifeGroups are impacting our
community during these unprecedented times. 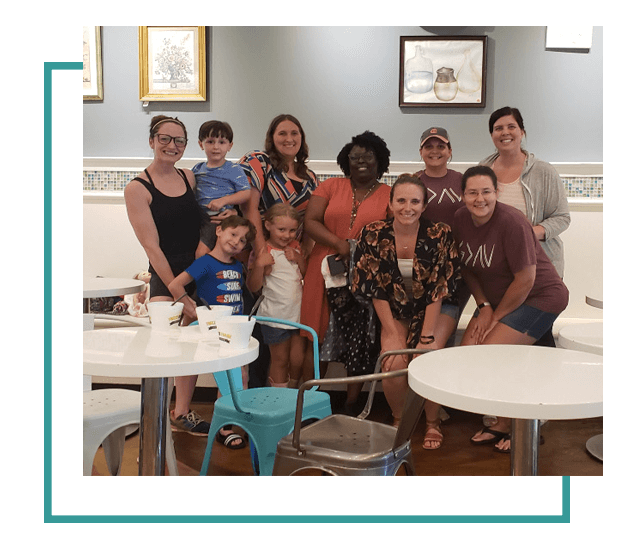 I joined a LIFEgroup not really knowing what to expect. Even if I had set expectations on what I wanted, God knew what I NEEDED. This LIFEgroup has been a support and comfort through tough and lonely times as well as a great adventure with members encouraging each other to grow spiritually. I am so glad that I was drawn to this group and thankful that even though I am no longer local I am still able to take part in the community. – Sheila

By my early teens, my mom gave me my first drug, in that moment that drug gave me a feeling I never had. It was a false sense of love and relief. It was an exchange for the love I never received growing up. It sent me into a downward spiral of addiction and I began to chase that feeling. 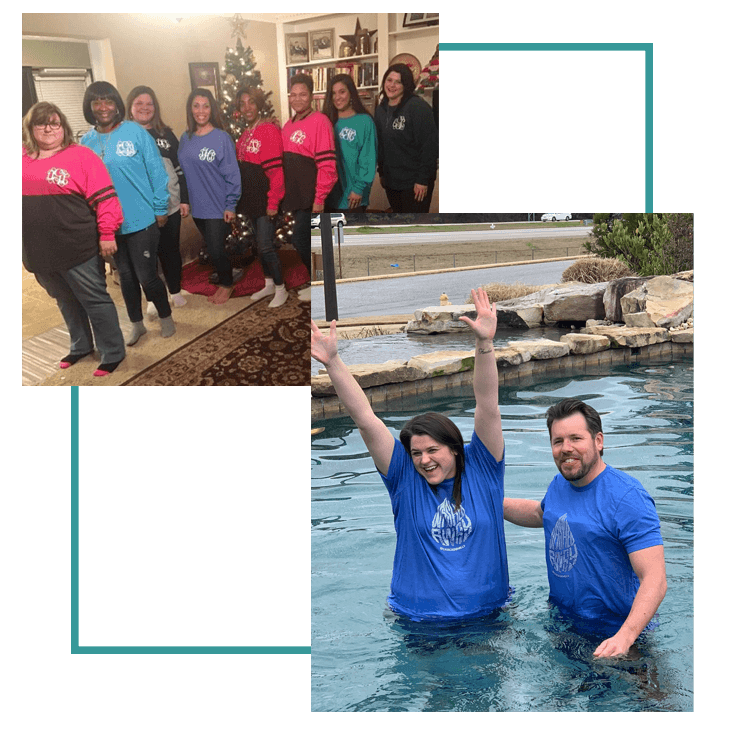 Growing up I was exposed to a lot of people who had been on drugs, so I knew where it led to. I knew I didn’t want to end up like that. In my early twenties I found myself sleeping on a bedroom floor with nothing, no job, no direction in life and people in my life who weren’t really reliable. I wanted more than what I had growing up, I was completely miserable. I decided I couldn’t keep living the way I was. I decided to check myself the first of three rehabs. I cycled in and out of the rehabs but always ended back in the same place. Where rehab failed me, I thought a new start wouldn’t.

I came to Georgia to visit my aunt and I met my daughter’s father. We got married and had a child and what I thought was going to be the answer ended up being a nightmare. Neither of us knew Jesus and the marriage failed. At the end we became so disconnected, I began slowly turning back towards my old lifestyle; the only thing I knew would take the pain away. I began dabbling in drugs again. The end of my marriage re-affirmed everything I was told growing up, I wasn’t lovable, I was worthless, and unwanted. I was in a real mess. Going through an ugly divorce, and because I was from Canada, the end of my marriage meant I could be deported, a custody battle with good possibility of losing my daughter. The reality of losing everything was a deeper pit than I experienced before.

Soon after I was invited to Cascade Hills Church, I didn’t grow up in church or to know who God was, but I did hear about him through other people but I didn’t know Him, he was never really anything I thought about, but I was at rock bottom I had tried everything else in life, so why not this. I was skeptical. All I really knew about church is that “good people” go to church, so I thought if I go maybe I can be good too.

I heard about a bible study and decided to go. I remember walking in and was directed to sit at the front of the room which made me even more nervous. I didn’t want to be seen and I certainly didn’t want to be known. I didn’t want anyone to see how bad I was, the mess. The woman who was speaking that night began to share her story and I was in disbelief. It hit me so hard. I heard a story of victory and thought if this could happen for her, then why not me? She spoke about a God who would step into my life, love me, accept me, forgive me, change me, and transform me. I didn’t have to be “good enough”, he came for me exactly where I was. That’s everything I was looking for. I knew I couldn’t leave without talking to her, everything she said was just for me, it was like there was no one else in the room, she spoke right into my heart. I wanted what she had. I approached her and began to tell her about my life and where I was. She smirked at me and I remember thinking “what is up with this lady?” It was as though she knew something I didn’t. That night she invited me into a LIFEgroup, she met me right where I was and for the first time I met someone who didn’t seem taken back by the mess that I was. She didn’t just invite me to a group, she stepped into my life. She began to show me who Jesus was, like an actual physical representation of Him I was no longer a problem, but… I never really trusted anyone in life, because through my experiences I honestly learned people weren’t reliable and they will sooner or later hurt you. I showed up angry and that was my self protection but somehow it never scared her away.

Soon after, I accepted Jesus and my life began to change. Through that group I gained so much, I was surrounded by a group of ladies of all different stages of life. What I didn’t get growing up, God gave me through this LIFEgroup. What I didn’t get in rehab I actually found in community. I was learning and growing through God’s word. I learned how to be a mother, a friend, and the woman God intended me to be. I learned who I actually was, I learned who God said I was.

God then began to call me deeper and deeper. He wanted me to have total freedom from anything that would hold me back. He required me to face every fear I had. One being the financial support I was receiving from my parents. I had never truly learned to stand up on my own and in order to do that, I knew I had to embrace the full truth of where I was and went into a homeless shelter for 6 months. During that time God was teaching me how to stand up in the world and how to trust Him fully. He began to teach me small steps of obedience from how he works through spiritual authority, tithing, but I was also learning who He is as God, my father. Through every act of obedience He guided and provided every step of the way. I can’t even describe how thankful I am for all that was learned and gained in that time. I was given true freedom, and a family for the first time. I am forever grateful to Cascade Hills Church, our Pastor, my LIFEgroup, my community, my new family. What the enemy meant for my destruction, God meant for my good. The enemy had a plan for my life but God’s was greater and I found that at Cascade Hills Church.